Drupal 7 is currently the recommended version for deployment, and will be community-supported until the official release of Drupal 9 (which will not begin development until Drupal 8 has reached Long Term Support status). Drupal 8 is not yet available due to critical issues in the project queue; these issues seem to be on track to be resolved somewhere around the end of 2015. Once Drupal 8 is released, popular contributed modules will still need to be converted in order to deploy complicated websites that use many of the modules contributed by the Drupal community. The migration path for Drupal 7 to Drupal 8 is currently taking a back seat to Drupal 6 migrations as community support for Drupal 6 will end with the release of Drupal 8. Drupal 6 sites should be making plans to migrate to Drupal 8 now.

Migrating site data to Drupal 8 will be largely automated when the time comes, as the community has included a direct upgrade path in this major release. This ensures site content, users, content types and other structural elements can be migrated with minimal effort.

Drupal core modules will be upgraded through an automated workflow with minimal time and effort. Unless changes have been made to core modules (which is considered very poor practice) this should be reasonably straightforward.

Drupal 8 will use the twig template PHP engine — which is used in several PHP-based CMS frameworks — instead of the custom templating engine utilized by Drupal 7. There are efforts underway to create a Drupal 8 theme based on one from Drupal 7, but there will still be some work involved in converting or replacing the theme with a new design when migrating to Drupal 8. Design elements such as images, color schemes and some css may be reused in Drupal 8 in order to reduce upgrade efforts.

Custom modules will need to be converted structurally in order to work with Drupal 8. There is a tool in development that does much of conversion — as well as identifies elements that need to be upgraded — but there will still be moderate effort required to convert custom modules to Drupal 8.

Workflows and configuration are elements that will need to be manually converted when upgrading to Drupal 8. Some configurations may be automatically converted during the upgrade flow once that is finalized. The Drupal interface has forms and wizards that will allow many of these settings to adhere to the requirements of the workflow; therefore, design efforts should focus on being responsive.

The best way to minimize the effort for an eventual Drupal 8 upgrade is to use core functionality and popular contributed modules wherever possible. As Drupal 8 is built to be fully responsive for even administrative tasks, any user interface elements should be designed to work well on multiple screen resolutions and devices. 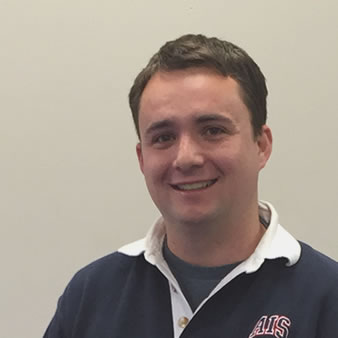 Shannon brings a broad base of experience in deploying technology to transform business practices and creating systems that realize new opportunities. Classically trained in software development using C, Java, Delphi and others, Shannon taught himself PHP and typically leverages agile methodologies in his projects.