Click Here To Start With Part 1: The Limitations No One is Telling You

Do Progressive Web Apps Match Up To Native Apps When It Comes To Cost Of Ownership?

By now, you’re probably realizing the risks related to building your product as a PWA. But here’s an item for their plus column—cost of ownership.

Progressive web apps rely on a single code base to deliver a responsive web and mobile experience. You only need to make one update to push changes across all experiences.

WHY IT MATTERS: For teams that are strapped for time, budget and resources, this can be an attractive selling point.

PWAs are not limited by Apple or Google Play Store approvals. You won’t need to submit your offering, undergo their scrutiny, and make changes.

WHY IT MATTERS: If you’re trying to offer an app in multiple countries, need to stand up a mobile experience quickly, or don’t want to submit to an App Store for approval, a Progressive Web App might be something to consider. That said, you lose the discoverability of being in these stores for casual searchers and create a download dead-end for Chrome users on Apple devices.

PWAs can possibly be built by your current development team

PWAs can be built by web developers. If you don’t have native app developers on staff, this can save in upfront costs and support a development resources diversification strategy.

WHY IT MATTERS: PWAs can help keep your operation lean.

However, although web developers can build Progressive Web Apps, it’s incredibly wise to have someone on your team who understands native development, should you go that route. Web developers who are removed from the mobile world don’t understand the latest mobile trends. Someone who understands native can help bridge the gap, giving your PWA the best shot at mimicking the latest best practices of native apps.

The cost of initial development and on-going maintenance of multiple code bases has deterred many app development since the launch of Apple and Google Play’s app stores. PWAs have removed a major cost barrier, that has historically prevented executive buy-in for native apps.

Next Up: Progressive Web Apps (PWAs) Part 5: To PWA or Not to PWA?

What do you think about PWAs? Let us know in a comment below. 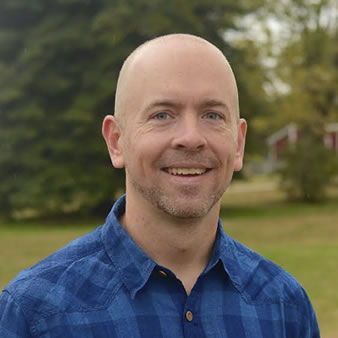 As President of Accella, Jason provides strategic vision towards growing a multi-faceted agency with a focus on helping clients understand how digital transformation impacts their organization on a daily basis.