Progressive Web Apps (PWAs): The Limitations No One is Telling You | Accella Accella

Progressive Web Apps (PWAs): The Limitations No One is Telling You

It seems attractive from a build-once and use-across-devices mentality, since developers have to build different code bases for native-built apps.

There are critical cons to building your mobile app as a Progressive Web App that no one is talking about—so we’re here to do it.

We’re not anti-PWA – far from it! – but we strongly believe that a strategic analysis is needed before your organization invests in a PWA as the long-term architecture choice for your product.

In this series, we’re pulling back the curtain and exposing the full truth about Progressive Web Apps and what they could mean for your organization. With 13+ years experience building apps in every architecture,  our expert team can provide the unbiased view that you need.

Let’s start with the definition of a Progressive Web App from our friends at Free Code Camp—”A PWA lets you install an application from the browser window itself, is available on your phone like a native app, and works offline, just like a native app.”

A PWA is essentially “a set of best practices to make a web application function similar to a desktop or mobile application. The dream is to have an experience so uniform and seamless that the user is unable to tell the difference between a Progressive Web App and a native mobile app.”

But beware, these definitions are misleading. While PWAs are natively available and work offline, both of these features are limited and not equivalent to a true native developed mobile app.

We’ll come back to this later, but this is the first lesson about PWAs – there is often a caveat when you look deeper.

A Progressive Web App differs from a traditional app in that it uses a single codebase for use on web, Apple and Android devices. It seems attractive from a build-once and use-across-devices mentality since developers have to build different code bases for native-built apps.

This seemingly easier way of developing has made PWAs a hot topic, especially as organizations like Starbucks and Tinder recently rolled out their own versions. They’ve seen success in global markets that are driven by phone-only consumers.

If you’re creating a new mobile app or re-architecturing your current one, it could seem like a PWA is a good solution to control your initial build as well as on-going maintenance expenses.

Next Up: Progressive Web Apps (PWAs) Part 2: A Developer’s POV

What do you think about PWAs? Let us know in a comment below. 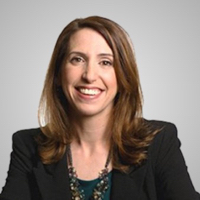 As the VP of Digital Strategy at Accella, Alyssa Hulka crafts digital strategies, defines the vision for digital products and redefines user experiences. With a focus on building meaningful connections between brands and consumers, Alyssa specializes in driving forward innovative digital experiences.